Thanks to the mechanism of deference, language ‘broadens the horizons of thought’, as David Kaplan puts it. This gives rise to verbal thought, a specific form of thought that is parasitic on language. How is this phenomenon to be understood? I will discuss the views of three philosophers : John Locke, David Kaplan, and Ruth Millikan. 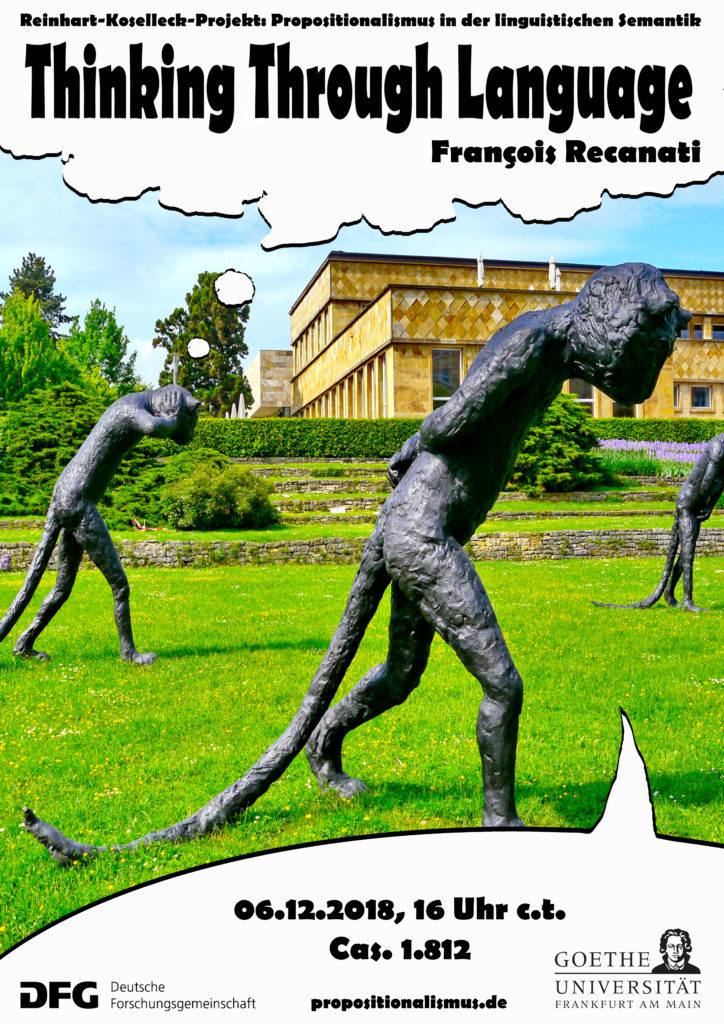 October 12 with a Warming-Up October 11 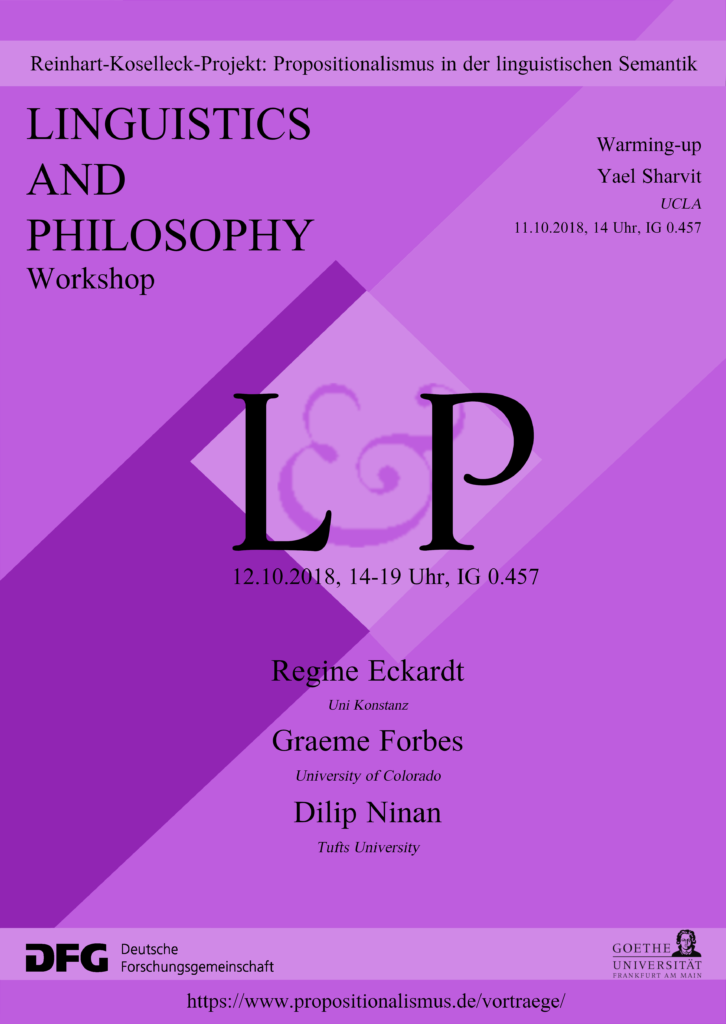 In the early 60s, Richard Montague still believed that: “[The] systematic exploration of the English language, indeed of what might be called the ‘logic of ordinary English’, […] would be either extremely laborious or impossible. In any case, the authors of the present book would not find it rewarding.” Just a few years later, he radically changed his mind: “There is philosophic interest in attempting to analyze ordinary English” and “I reject the contention that an important theoretical difference exists between formal and natural languages.” At the very same time – not by chance – Montague changed his beliefs in what should be the adequate framework for philosophy: from “set theory with individuals and the possible addition of empirical predicates” to higher-order “intensional logic.” These changes coincide with the beginning of Montague’s seminal work on natural language semantics that culminated with the last three papers he published before his sudden and violent death. In this talk, I will examine these changes with the goal of gaining some understanding about what motivated them and what light these motivations may shed on Montague’s subsequent work on natural language. This investigation will be framed as part of a much broader ongoing project of an intellectual and personal biography of Montague. 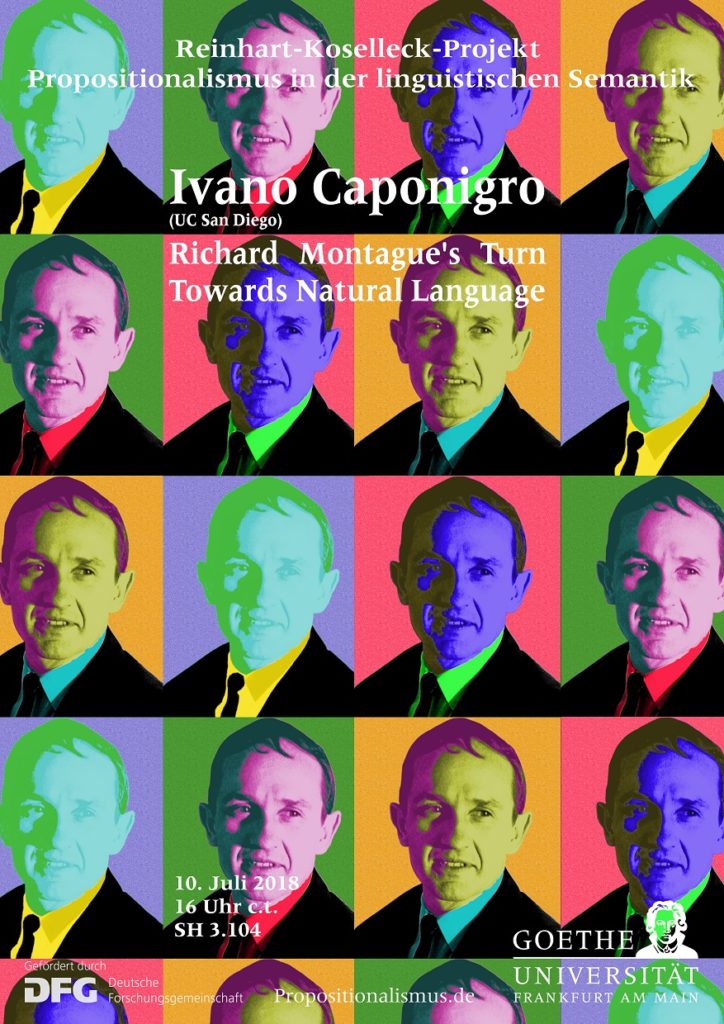 Abstract:
To understand what contents (propositional and otherwise) are, we need to consider what role they play in our theories (and my focus will be on their role in theories of mind). A crucial question that has not received adequate attention is, “What is it for something to *have* content?”. In the first part of the talk, I propose a provisional answer to this question that many theorists should find agreeable and which helps us resolve some pesky puzzles. But with an understanding of having content in mind, we are in a position to say what contents are. In the second part of the talk I will provide a very general approach to content that captures both propositions and contents of other kinds. 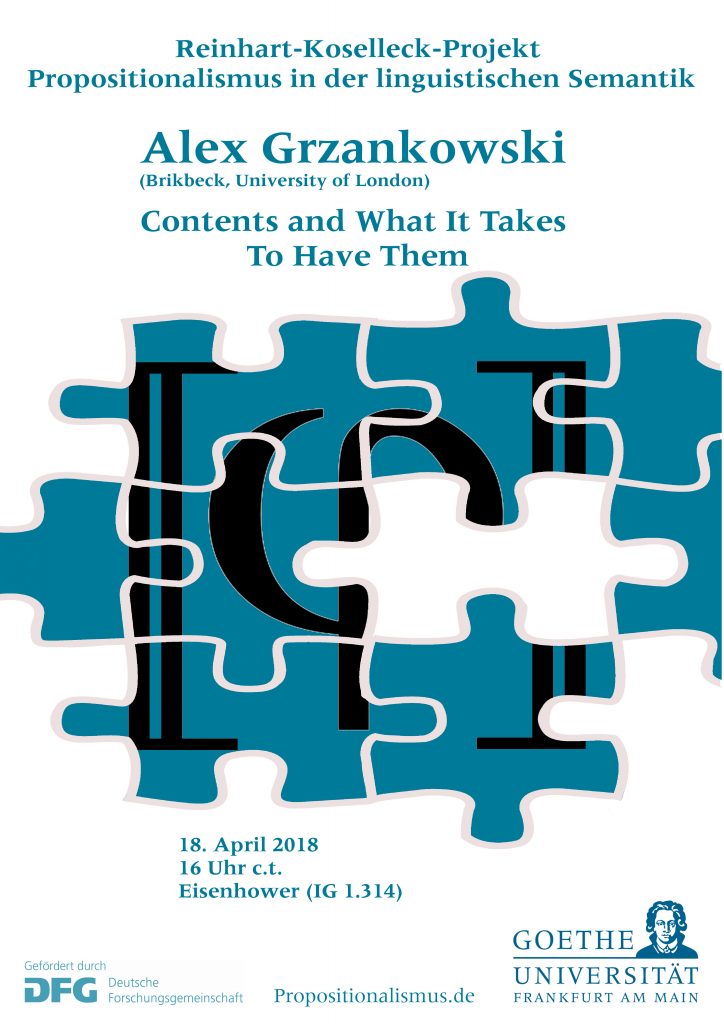 This article vividly explains what our research is about (EU Research, SUM19/P66).